We store cookies on your computer so we can recognise you when you return. By continuing to use this site, we assume you accept these cookies.

What is Net Promoter?

Net Promoter’s blessing, and its curse, is its simplicity.

It’s a simple idea to explain, but getting it right in practice takes attention to detail.

Imagine kicking a ball. It’s simple to visualise, and it’s easy to explain to someone who’s never kicked a ball before. But to do it well takes a bit more finessing – how much power you strike with, which surface of your foot you use, the direction of your leg; they all affect where the ball ends up. Experience matters.

And so it is with NPS. It’s a simple concept, but your success depends very much on your attention to the details.

These guides are perfect for anyone running customer contact teams who wants to start, or improve an existing Net Promoter project. We’ll show you how to you get measurable results.

This section explains the basics: What NPS is (clue: it’s not a question, and it’s not just a score) and where it comes from.

What does NPS Stand for?

The score is simple – it’s just a tiny bit of arithmetic on the answers to the Net Promoter Question.

But without the system, the score isn’t much use. It’s just a number. So, we’ll focus on the Net Promoter System, because it’s implementing the system as a whole which will deliver results.

What is the NPS Question?

There’s a short and long answer. In brief, the Net Promoter Question is:

“What is the likelihood that you would recommend company x to a friend or “colleague?”

It’s also called (obviously) the ‘recommend question’ and (less obviously) the ‘ultimate question’, because of the title of the book which first popularised Net Promoter.

But as we said, neither the question nor the score alone will improve your business.

It’s a good system, because at its core it incorporates the two acts that actually make a difference to loyalty:

CustomerSure helps you get better at listening to your customers: It’s the right thing to do, and it’s the best way to grow a business. As such, we like Net Promoter: It’s a simple, well-understood system that helps you listen and act on what you hear.

Some people don’t like either the question, the score, or both, and that’s fine.

But the most important parts of the Net Promoter System: listening to your customers and fixing things should be essential to any project which tries to increase customer satisfaction and loyalty. These are so important, we consider them the golden rules of customer feedback.

What’s the history of Net Promoter?

Before we go forward and look at the Net Promoter System, let’s quickly go backwards and look at where it came from. If you’re serious about implementing NPS, it’s good to know why this question is the “ultimate question” – it wasn’t just plucked out of thin air.

Why the NPS Question?

In 2003, a consultant at Bain & Co. named Fred Reichheld started researching which customer satisfaction question was most strongly linked with growth.

His team compiled 14 case studies, where they compared responses to ‘customer satisfaction’ questions to actual, measured customer behaviour. The questions they tried were all derived from Reichheld’s earlier loyalty acid test.

In 11 of these case studies (78%), the NPS question was the most powerful at predicting future customer behaviour. In two of the remaining three studies, this question was second-best, but only by a hair’s breadth – it was almost as good as the top question.

Reichheld and his team then looked at the Net Promoter Scores of groups of competitors, and cross-referenced these scores with measures of how well these companies were growing. The results looked something like this:

What was the evidence telling them? Companies with high NPS scores are more likely to grow.

But there’s a catch

We’ve touched upon this already, but let’s make it clear:

Having a Net Promoter Score is a good predictor that a company will grow. But that doesn’t mean that getting a high Net Promoter Score is a business objective. High NPS comes about when you do business in a way which means your customers are more likely to be loyal. Measuring NPS fairly and accurately can help you know if your customer loyalty initiatives are working – but it isn’t a loyalty initiative itself.

So how does having a score help at all?

The NPS research wasn’t Fred Reichheld’s first rodeo – far from it. He was already a senior consultant at Bain, helping his corporate clients improve customer experience, and had quite literally written the book on loyalty.

Because he was already a trusted expert, his 2003 Harvard Business Review article, “The One Number You Need To Grow”, very quickly caught the imagination of influential CEOs.

Businesses enthusiastically adopted Net Promoter Score, and Reichheld and Bain helped build a community of good practice around it – allowing these businesses to share good advice and learn from each other. This community helped establish the set of behaviours that we now know as the Net Promoter System – with the score at its heart.

What is the Net Promoter System?

NPS is a way of uniting an entire organisation behind the goal of changing behaviour to improve customer loyalty.

By design, it’s a very ‘low ceremony’ system – there are no complicated spreadsheets, no consultants’ fees to pay, and only a minimal set of rules to define what is, and what isn’t NPS. It recognises that different things work for different people, so in general, if it works for you, you’re free to do it!

NPS says what you must do, but leaves a lot of the how up to you, as you know your business best. The three ‘unbreakable rules’ are as follows:

Although NPS is designed as a way of running an organisation, it’s still possible for teams that are passionate about great customer service to apply a lot of NPS’ ideas in their own area – and that’s who this guide is for.

If you want to know every single detail about NPS – where it comes from, how it works, and how to implement it, Fred Reichheld’s book is a brilliant read.

But if you just want to implement, or improve NPS in your organisation, based on advice from experts working ‘in the trenches’ with businesses like yours, use this guide.

We’ll cover some of the key concepts like the closed loop, and then go into detail about how to calculate your NPS ways to improve NPS and why you shouldn’t waste your time on benchmarks

We and the creators of NPS agree strongly on one thing:

If companies who succeed with Net Promoter had to settle on the single most important key to meaningful progress, it might be this: building customer feedback into their regular daily operations and closing the loop by talking to individual customers and taking appropriate action. – Fred Reichheld, The Ultimate Question 2.0

Implementing the ‘inner loop’ is the single most important investment you can make to improve customer satisfaction and loyalty. If you’re struggling to know where to begin, do this.

We’ve published an entire guide on how to be brilliant at customer feedback, including:

When, and only when, you’ve closed the inner loop, you can look at building the outer loop. Your team will feel better because they know the wider business has got their back, and your customers will be delighted that you’re setting your roadmap based on their feedback.

Within the Net Promoter System, there are broadly two types of survey: (OK, there’s three, but we’ll come back to benchmarking later)

Because this is the practical guide to NPS, we’re going to cut to the chase and tell you that one of these surveys is vastly more important than the other:

If you want to use NPS to improve customer happiness, you should do transactional surveys

There’s a place for relationship surveys in a well-run business, but ultimately the difference is this:

A good relationship survey will tell you how happy your customers are, and show you some ways you can start making them happier.

If you’re lucky, the customers you surveyed will still be your customers by the time you roll out the improvements you’re making based on the survey results.

On the other hand, a good transactional survey, with a closed inner loop will make your customers happier. Instantly. Today.

So if your goal is happier customers, which are you going to do first?

Put yourself in your customers’ shoes (or just think about your relationship to companies that you do business with). Do you want to be a number on a spreadsheet which gets fed into a PowerPoint, which eventually leads to something, somewhere, maybe changing? Or do you want the chance to have your issues fixed?

In a perfect world, you should do both, but when we see relationship surveys recommended over transactional surveys, we see the cart being put before the horse – or rather measuring customer satisfaction being put before acting to improve it.

Are there any Criticisms of NPS?

There are many criticisms of NPS – this article does a great job of listing a few and mitigating or debunking them.

But in general, criticism of NPS focuses on criticising the NPS question (i.e. it’s not a great question to ask), the NPS score (the scale is weird, the calculation is non-standard), or the comparison/benchmarking of NPS scores (we agree – don’t do it). The problem with all this criticism is… It largely misses the point.

Arguably there are better questions to ask, arguably different ways of calculating the score might yield better results, arguably you shouldn’t benchmark NPS. But none of that matters.

NPS is a means to an end, not an end goal. The goal is making your customers happier – because it’s the right thing to do, and because it leads to a more profitable business.

Remember, all a Net Promoter System is at its core:

It’s hard to criticise that.

The best way to make customers happy isn’t to debate different ways of calculating their happiness, it’s to roll your sleeves up, talk to them, and make them happy. It helps to have a metric to measure their happiness, and there’s a huge body of real-world case studies showing that the NPS question is a good way of doing this in a lot of industries, but if you object, or you find it’s not working for you, then you can change it for something that works better.

But first, listen to your customers.

Icons made by monkik from www.flaticon.com is licensed by CC 3.0 BY 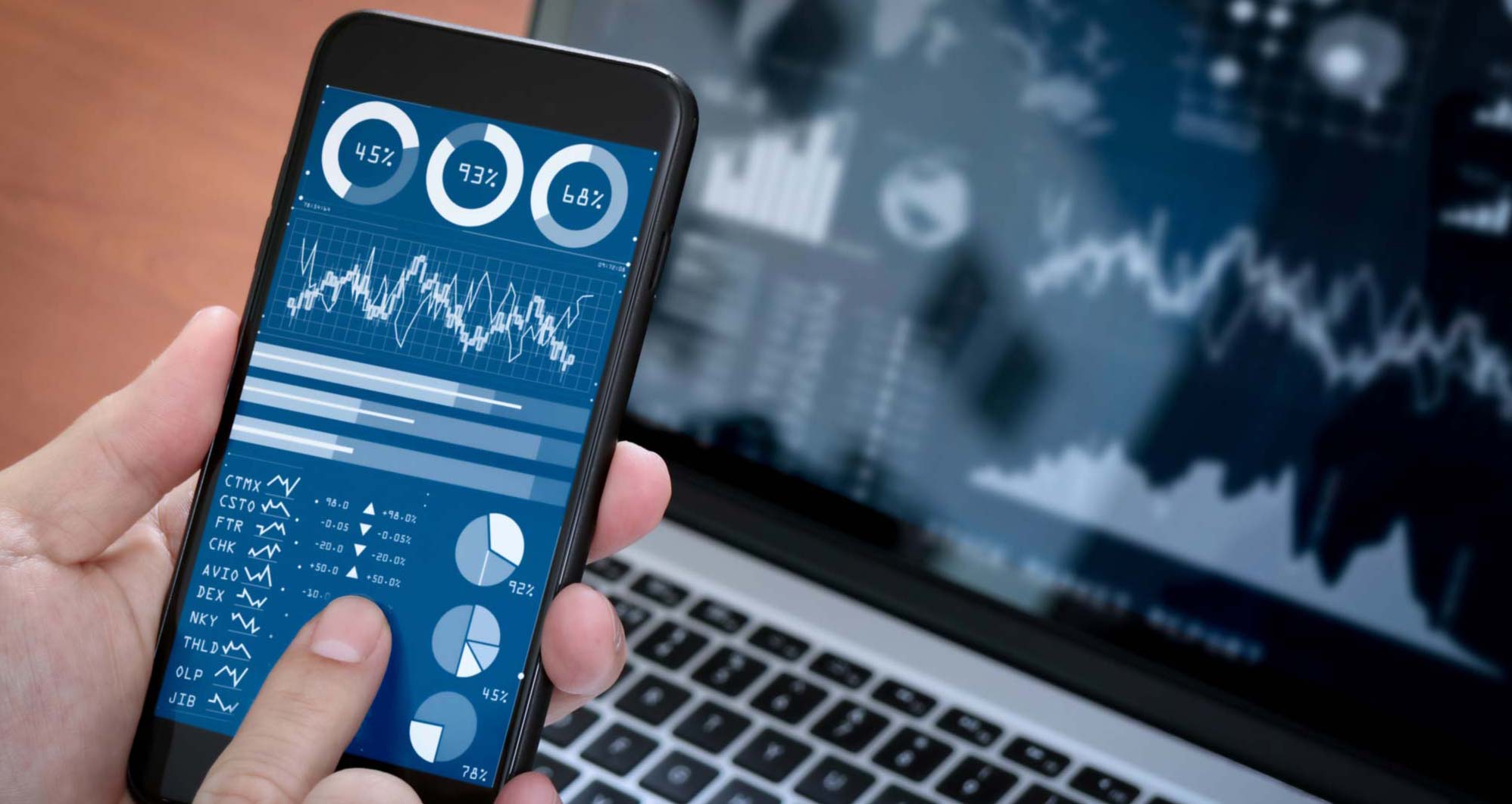 Which Metric Should I Track?

Heard that Net Promoter is dead? Us too. Find out why it is. And also why it isn’t.

Why is Customer Feedback Important?

Feedback is important. But collecting it in a way which respects your customers is more important still. Here’s all nine benefits you’ll see when you’re get it right.

To find out more about how CustomerSure could help you, get in touch today.

Expert articles and tips in our helpful, monthly newsletter